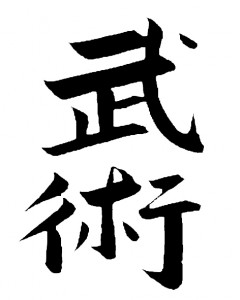 Many people have asked me over the years, what is Bujutsu? What is that? Is that a Japanese thing? Is it Jiu Jitsu? Is it Karate?

The meaning of term Bujutsu is not known or understood by the majority of martial arts practitioners. Even by many experienced martial artists. Most would not be able to provide an adequate definition of the term Bujutsu.

The etymology of the world Bujutsu is both long and complex. The word Bujutsu originates from Japan and has been used since the 13th Century Meiji Era.

Let’s take a real quick look at the meaning of Bujutsu.

Hence, Bujutsu is the direct literal translation of martial art in both historical and modern context, and vice versa.

The term Bujutsu is often used when directly referring to martial arts for real world or battlefield situations.

As a police officer of 23 years experience, having had to use my martial arts skills in real world/battlefield situations. Plus my love or traditional martial arts and realistic self defence, when I decided to open my own martial arts school, I thought that the term Bujutsu was most appropriate given my background.

Source: Zad Datu Harun 2014. You can read more about the term Bujutsu at http://www.kitrend.com/etymology-of-bujutsu/