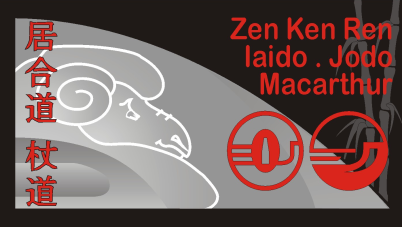 There a very few places in Sydney Australia where people can train the art of Jodo.

Zen Nihon Kendo Renmei Jodo is one of several weapons classes that are taught at Bujutsu Martial Arts Centre. It is a legitimate art that originates from Japan and is recognised internationally.

Bujutsu is affiliated with the NSW Kendo Association through to the Australian Kendo Renmei through to the International Kendo Federation. Our classes are the real deal.

Jodo, the way of the stick is a staff art.

The Zen Nihon Kendo Renmei is the official international organization which exercises general control over and representing Kendo, Iaido and Jodo. It was established by the Japanese government after World War II.

Roppon me – Maki Otoshi – Sweeping Down

Happon me – Kuri Hanashi – Throwing Away

The questions below are by way of an example of possible questions that could be ask however the selection of question is not limited to those below.