Martial Arts is a way of life the whole family can share.

Bujutsu Martial Arts and Fitness Centre was founded by Sensei Mark Szalajko. Sensei Mark first starting training with the Japan Karate Association in 1987. Sensei Mark was one of Australia’s most senior police officers and held the rank of Detective Superintendent – Commander. He has used his Martial Arts skills on numerous occasions as a police officer. Having arrested hundreds of violent offenders, he knows what does and does not work in real life encounters. After many years of training in martial arts under numerous instructors, Sensei Mark decided that it was time to open his own school. The school is believed to be the largest full time professional martial arts centre in Sydney and all of Australia. It is a world class facility. We have three dedicated training floors as well as an Olympic size boxing ring, octagon cage and large commercial gym (weights and cardio).

Many students spend years training martial arts, only to learn that the grades they have been given by their teacher are worthless outside of their own dojo.

LADIES ONLY KICK BOXING AND SELF DEFENCE

Choose from 66 classes per week!

PLUS A FULLY FUNCTIONAL WEIGHT AND CARDIO ROOM!!! 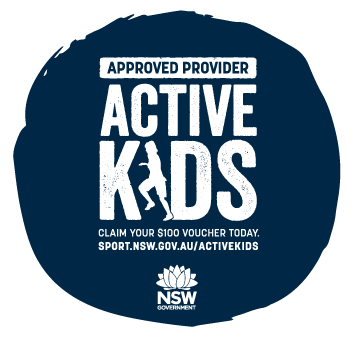 Click on the Active Kids logo if you would like to find out more information on claiming your $100 voucher. 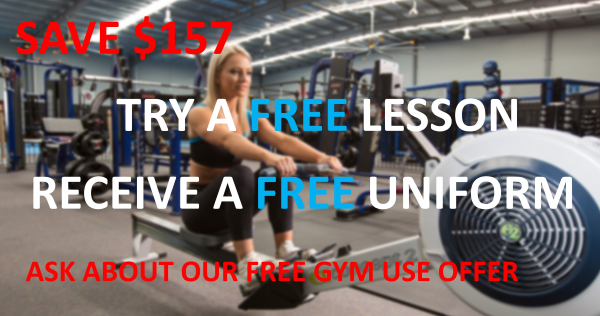 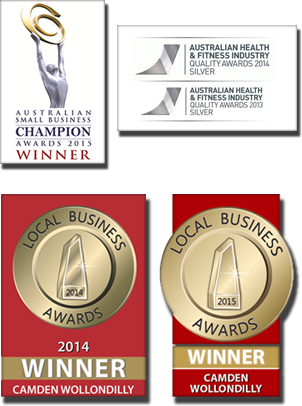 In modern usage, Bujutsu means martial/military art/science, and is typified by its practical application of technique to real-world or battlefield situations. Bujutsu Martial Arts and Fitness Centre focuses upon realistic self defence techniques that can be applied to real life situations.

Champions are made here!

Whilst we focus upon practical application of martial arts, we also provide our students with the opportunity to compete on a national and international level. Sensei Mark himself is a Hall of Fame Martial Artist and has a tournament record of 63 First places, 43 Second places and 21 Third places. Having won many Australian titles himself, he is an inspirational leader who has mentored and coached numerous students to become State Champions, Australian Champions and World Champions. Bujutsu students compete both domestically and internationally.

Hence the saying, Champions are made here!

Check out a typical day at Bujutsu

You can get a really good insight into what Bujutsu is all about by watching this video clip. The video show cases our Super Centre and training equipment, as well as the various different types of training that is provided at Bujutsu.

People decide to learn martial arts for many different reasons. Some people want to learn self defence, some enjoy it for the health benifits, others want to meet new people. Whatever your reasons are, Bujutsu Martial Arts and Fitness Centre can help you to achieve your goals.

– Self defence and personal protection
– Self esteem and confidence building
– Fitness, strength, flexibility and weight loss
– Self awareness and personal development

Whether you live in the Camden, Narellan, Harrington Park, Oran Park, Campbelltown or Macarthur area, if you want to get in shape while having fun and learn martial arts then Bujutsu Martial Arts and Fitness Centre is the perfect place for you!

Save $157! Try a FREE lesson and receive a FREE uniform!

We are the only school in our area that can provide Karate Students with a pathway to the Olympic Games.